While many humans will be indulging in romance on Valentine’s Day, some animal species are gearing up for their own late winter wooing.

For instance, the male American woodcock launches into an elaborate mating ritual starting in March, said Bob Bryerton, an interpretive naturalist for the Forest Preserve District. After he finds an appropriate open area, the woodcock begins to call or “peent” while he rocks his body and stamps his feet in what is known as a woodcock walk. 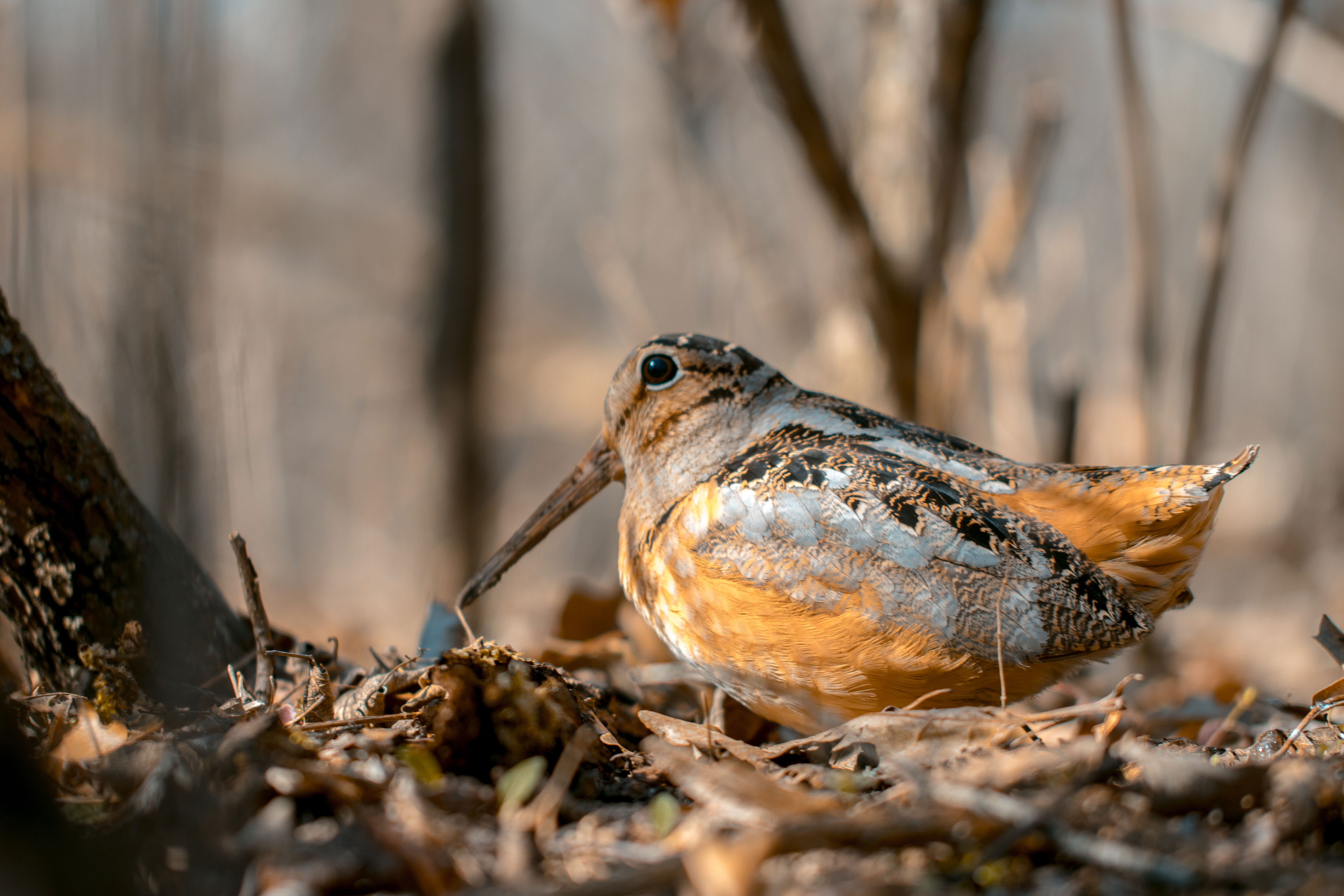 “After peenting several times, he launches himself into the air and starts to fly in large circles going upward over the field,” said Bryerton, who has witnessed this ritual many times. “While doing this, there is a twittering sound created by feathers on his wings. This twittering sound keeps going as he does large circles over the field and reaches a height of between 200 and 350 feet.

During this aerial display, the woodcock looks like a “leaf blowing in the wind” as he drops to the ground near where he started, Bryerton said.

“At that point, he will gather himself a bit, look around to see if any females were attracted by the flight and then start all over again by peenting on the ground,” he added.

Bryerton said the woodcock exhibition can be tough to view on your own. The mating ritual takes place just after sunset when it’s dark and the preserves are closed. Also, the bird typically stays camouflaged with plants when it’s on the ground.

While woodcocks are camouflaged much of the year, “In the spring they are so driven to do their courtship ritual that they don’t seem to mind that we are there and they carry on regardless,” Bryerton said.

Woodcocks aren’t the only birds that put on a show. Whooping cranes will dance and flap their wings prior to procreation. Forest Preserve District staff observed the amazing whooping crane mating ritual a few years ago in a field off of Gougar Road.

“We witnessed an elaborate ballet known as their courting dance, where a monogamous pair of whooping cranes performed a beautiful, almost choreographed, dance together for about 25 minutes,” said Juanita Armstrong-Ullberg, land manager for the Forest Preserve District’s natural resource department. “The birds appeared to be professing their love for one another.” 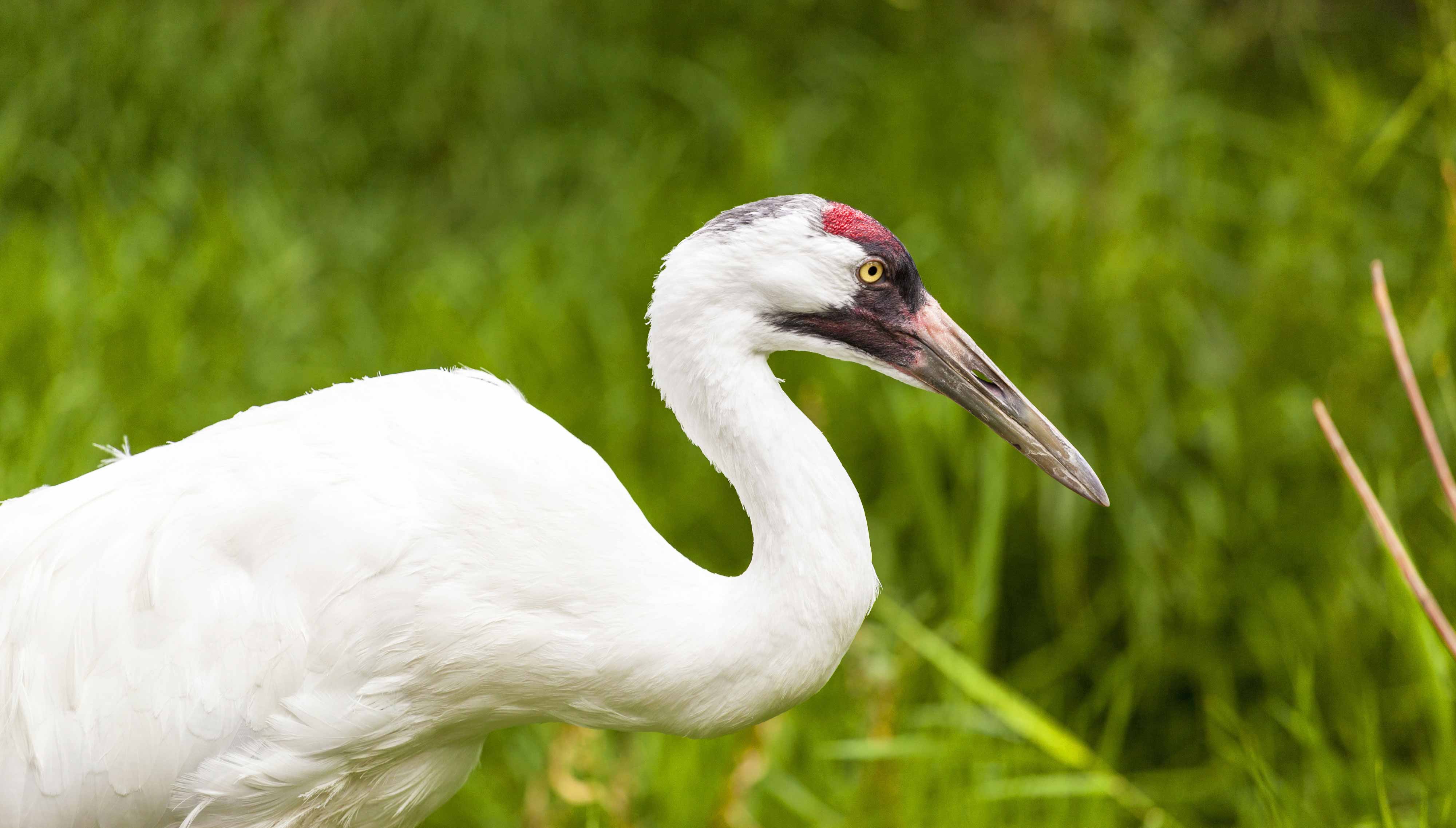 Chris Gutmann, a Forest Preserve facility supervisor at Isle a la Cache Museum and preserve in Romeoville, said the common goldeneye is another bird with a penchant for public displays.

Here’s how the Cornell Lab of Ornithology describes the duck’s dance:

“In winter and early spring, male common goldeneyes perform a complex series of courtship displays that includes up to 14 moves with names like 'masthead,' 'bowsprit,' and 'head throw kick,' in which the male bends his head back to touch his rump, then thrusts forward and kicks up water with his feet.” 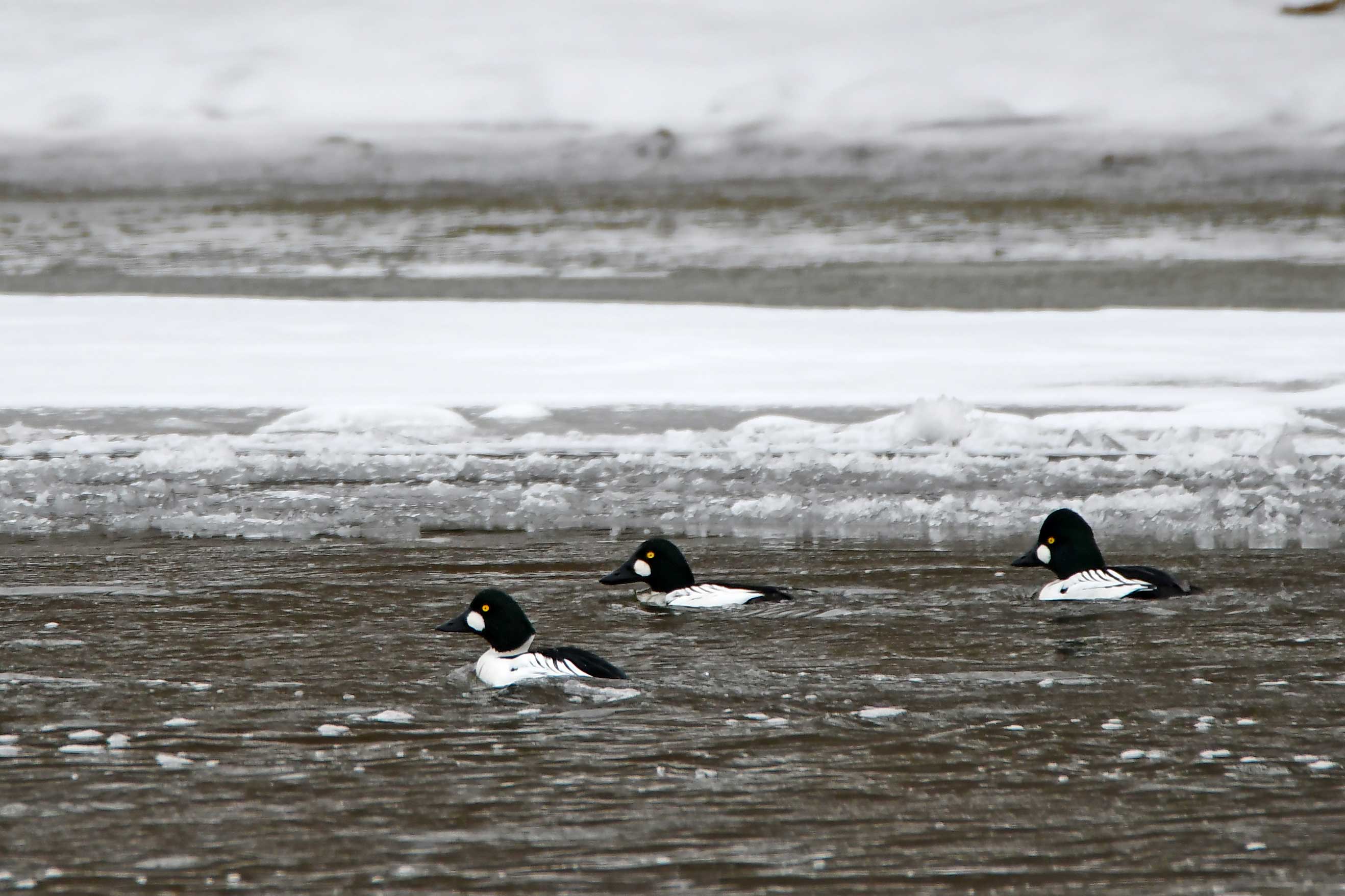 Gutmann said he has seen this performance at Isle a la Cache.

“It’s really fun to watch. I tend to see them display these behaviors in groups so you have all these males whipping back their heads together to impress the females swimming amongst them,” he said.

“At the Isle, there’s been a group of 20-plus consistently hanging out together and displaying courtship behaviors for the past few weeks.”

Woodcocks, whooping cranes and common goldeneyes are just a few of the birds that go above and beyond in the romance department. Armstrong-Ullberg noted the passion of bobolinks and Gutmann cited ruby-throated hummingbirds, hooded mergansers and red-tailed hawks as species that really put on a performance.

Birds aren’t the only species with interesting mating rituals.

Female garter snakes, for instance, use pheromones to attract male snakes. Sometimes this works so well, a “mating ball” is formed out of many snakes. 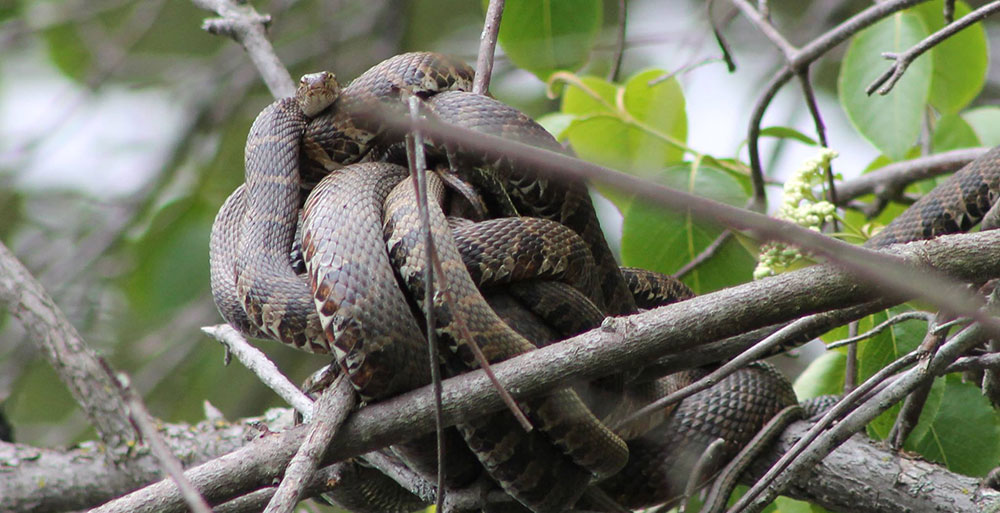 Male nursery web spiders present a potential mate with an insect “gift” wrapped in spider silk before the two tie the knot.

Armstrong-Ullberg likened all of these rituals to human behavior during Victorian times, when someone who was a good dancer or a talented piano player might have better luck attracting a more prominent mate.

“Each species’ behavior has evolved over time, and the more elaborate or even similar the dance, the more likely these creatures will bond,” she said.