Spider season has arrived in a big way

You're not the only one seeing (or blindly walking into) webs

This is the time of year when we often start noticing more spiders and their webs.

We tend to associate spiders and webs with fall and Halloween, and there is some relevance to this association. Many spiders reach adulthood in late summer or early fall, making them larger and easy to spot as they move about. As they mature, the females also prepare to lay eggs, and this increases the size of their abdomens, making them more noticeable. Not to mention, our most well-known web-spinning spiders, orb weavers, have matured by this time of year, which means they are old enough to spin webs of their own. So it's not only spiders but also spiderwebs we see more of at this time of year.

This seasonal trend usually becomes apparent around the Will County preserves and visitors centers in late August or early September. Around this time, spiders seem to pop up everywhere, and so do their webs, including some impressive orb webs created by garden spiders.

Garden spiders are a type of orb weaver, a group of spiders that are usually large and colorful. Orb weavers spin the classic spider web: concentric rings of spider silk held together with spokes also made from silk. Charlotte in the popular children’s book “Charlotte’s Web” is a barn spider, another type of orb weaver, and her web is a classic orb weaver web, called a planar web.

How a web is made 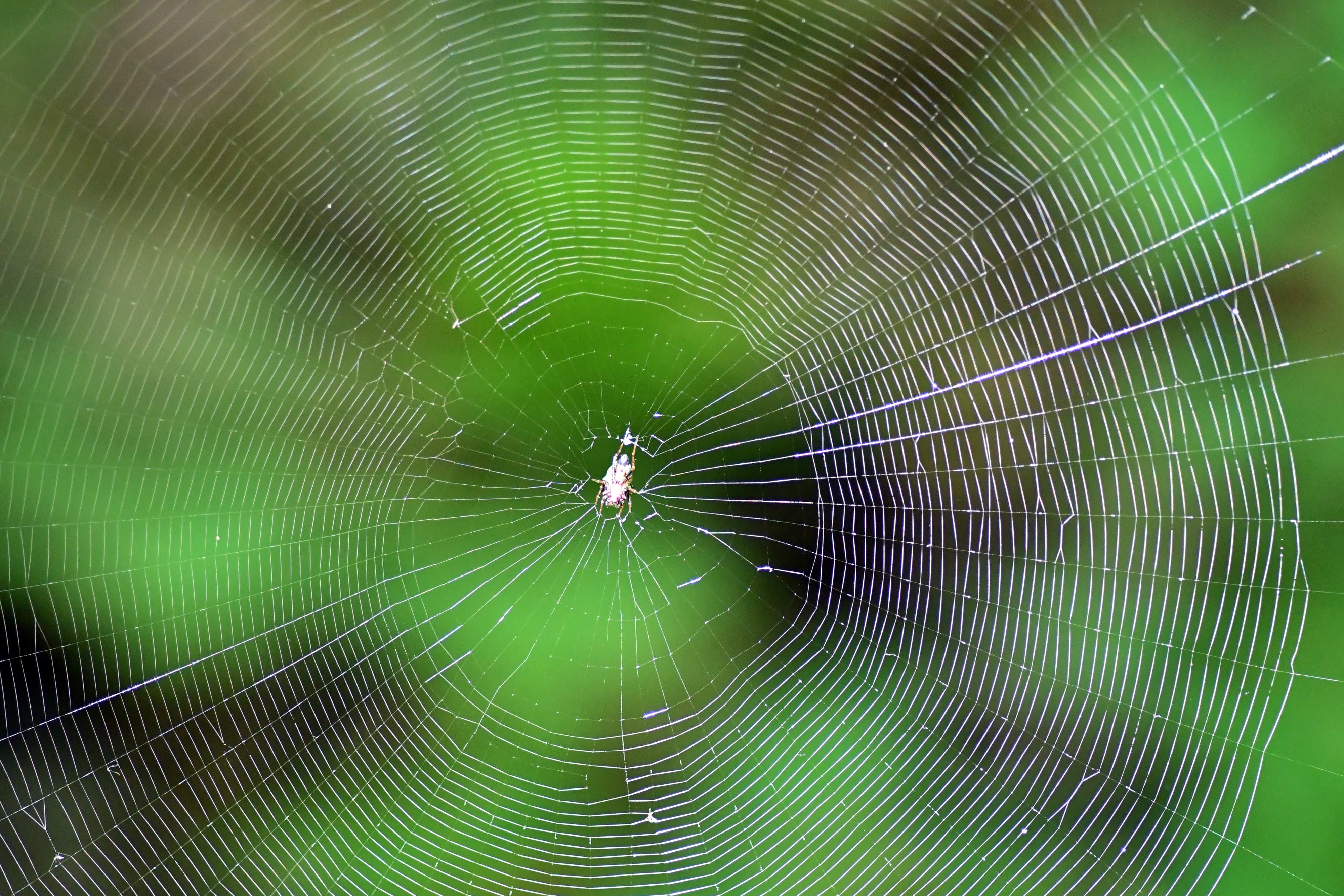 Spider silk is among the strongest fibers in nature — five times stronger than steel, but much thinner than a single strand of human hair, according to the Illinois Department of Natural Resources. The silk itself is one of the hallmarks of spiders as a species.

All spiders have spinnerets that make silk, and many different spider species produce several different kinds of silk. Not all spiders use their silk for webs. In fact, most do not.

Web-building spiders use their spinnerets to make a web, and the shape, size and design of the web varies by species, according to the Smithsonian. The webs themselves serve several purposes. They can help the spider catch its prey, but they also help alert the spider to nearby predators, because they can sense vibrations in the strings.

Orb weavers suspend their webs from seven guy lines attached to various objects, such as trees, buildings and posts. They then use one of their fourth legs to pull silk from a spinneret and then use the opposite fourth leg to pull silk strands from other spinnerets to form a balloon-like ball of silk. Once the balloon is complete, spiders will wait for the wind to carry it away and get snagged on a nearby object.

Once the balloon is affixed, they spin a new string of silk to attach to the object they are on and pull themselves toward the affixed endpoint while leaving a trail of new silk behind it. This new silk becomes the first planar line, and the spiders will continue this process as many as 20 times, leaving behind 20 lines.

A planar web needs only seven attachment points, so the spider will determine which will be most useful and evenly distributed around the plane and then cut the extra lines, the Smithsonian reports. At this point, the spider begins to spin the web by creating the concentric circles working from the outside in, attaching the silk segments with its legs.

While all spiders make silk, it’s used for much more than just making webs. Some spiders line their nests and nurseries with silk, while others use it to wrap their prey or make egg sacs, according to the IDNR. Silk is also a means of transit for some spiders, which create silken drag lines to drop down from a higher perch to a lower one. Some spiders, particularly young ones, do something called “ballooning,” in which they release a long string of silk and then let the wind carry it to bring them to a new location.

What is a spider, really? 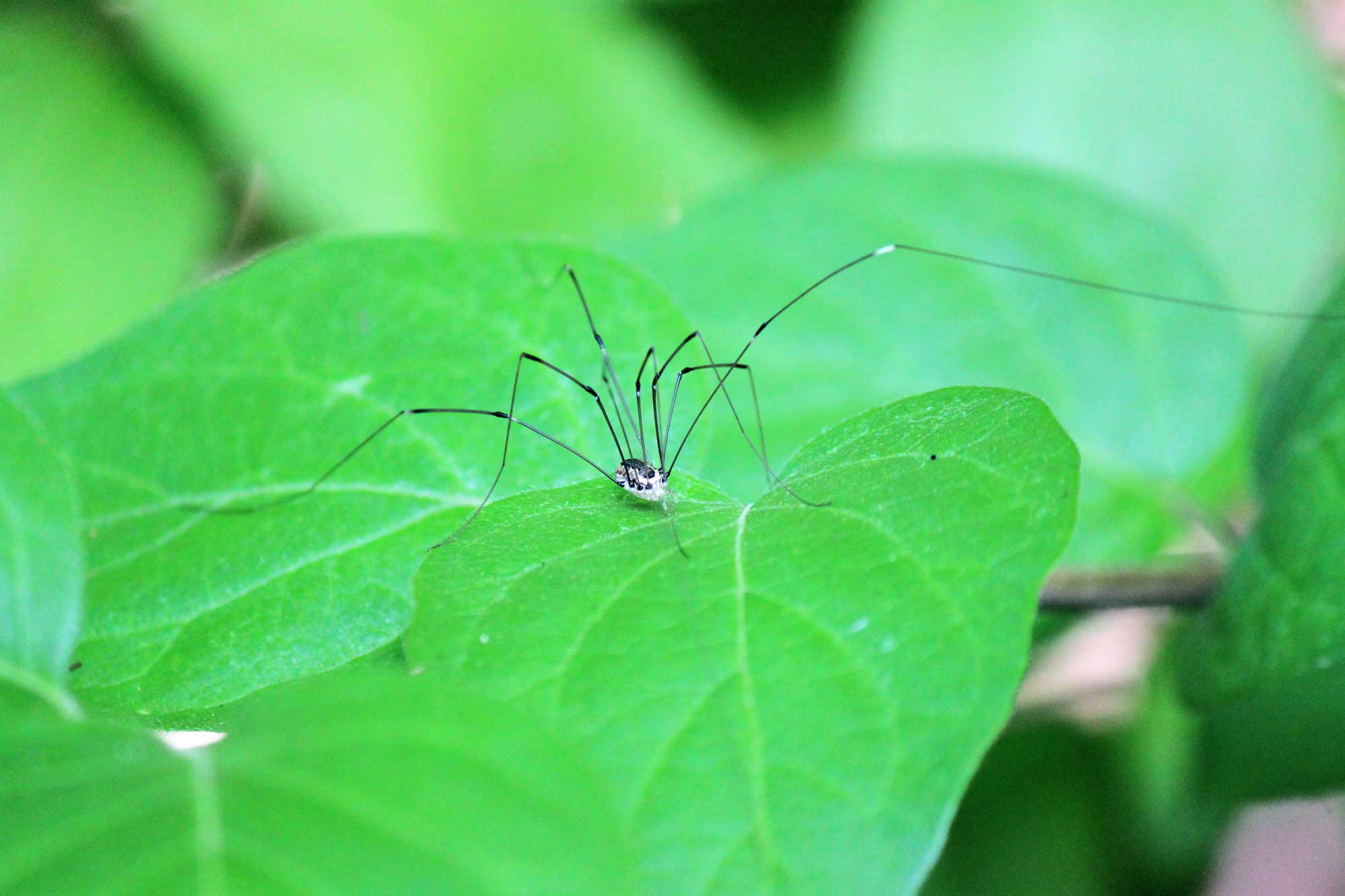 We often lump spiders in with all of the other creepy, crawly things that make us jump at the sight of them, but spiders are not insects and are classified separately. In fact, spiders, which are part of the arachnid family, are quite distinct from insects, according to the Burke Museum. While spiders have two body parts and four sets of legs, insects have three body parts and three sets of legs. And insects also have two antennae and wings, while spiders have neither.

Even more surprising is that what we typically call a daddy longlegs is actually a harvestman, and while it is an arachnid (so are ticks and mites), it’s not a spider at all. Harvestmen have only one body part, while spiders have two, and they have two eyes, as opposed to the eight eyes that spiders have. Harvestmen also don’t make silk, which all spiders do.

Illinois is home to more than 500 spider species, which is only a small percentage of the more than 45,000 species found worldwide. Illinois’ spiders can be separated into two groups — outdoor spiders and indoor spiders — and several different types of spiders fall into each group.

The vast majority of spiders we find in Illinois are not venomous. The spiders we typically are concerned about as being venomous — the brown recluse and the black widow — are only very rarely seen in northern Illinois.

In fact, spiders aren’t typically very dangerous to humans in general. While most spiders have fangs that they use to inject venom with a bite, the fangs of many spiders found in the U.S. — more than 3,500 species — cannot penetrate human skin, according to IDNR. And spiders aren’t typically aggressive toward humans and will only bite to protect themselves.

Spiders are mainly an annoyance to humans because many of us are afraid of them. And who hasn’t had the miserable experience of walking into a web and getting the clingy silk stuck to our faces, hair and clothing?

But as with all creatures great and small, spiders serve an important role in the environment, primarily by eating other insects we consider pests, such as flies and mosquitoes. So next time you come across a spider and are tempted to squash it, move along instead. It poses no risk to you and is a critical part of our ecosystem.