You don’t have to travel 3,000 miles to the Galapagos Islands to see an ecosystem teeming with exotic diversity.

Just head south on Route 53 to a cluster of preserves that provide the rare conditions necessary for an incredible mix of native plants, animals, insects and birds to survive and thrive.

The preserves feature a wonderful abundance of native species and a mixture not found elsewhere in the county, said Floyd Catchpole (pictured above), the Forest Preserve’s land management program coordinator. 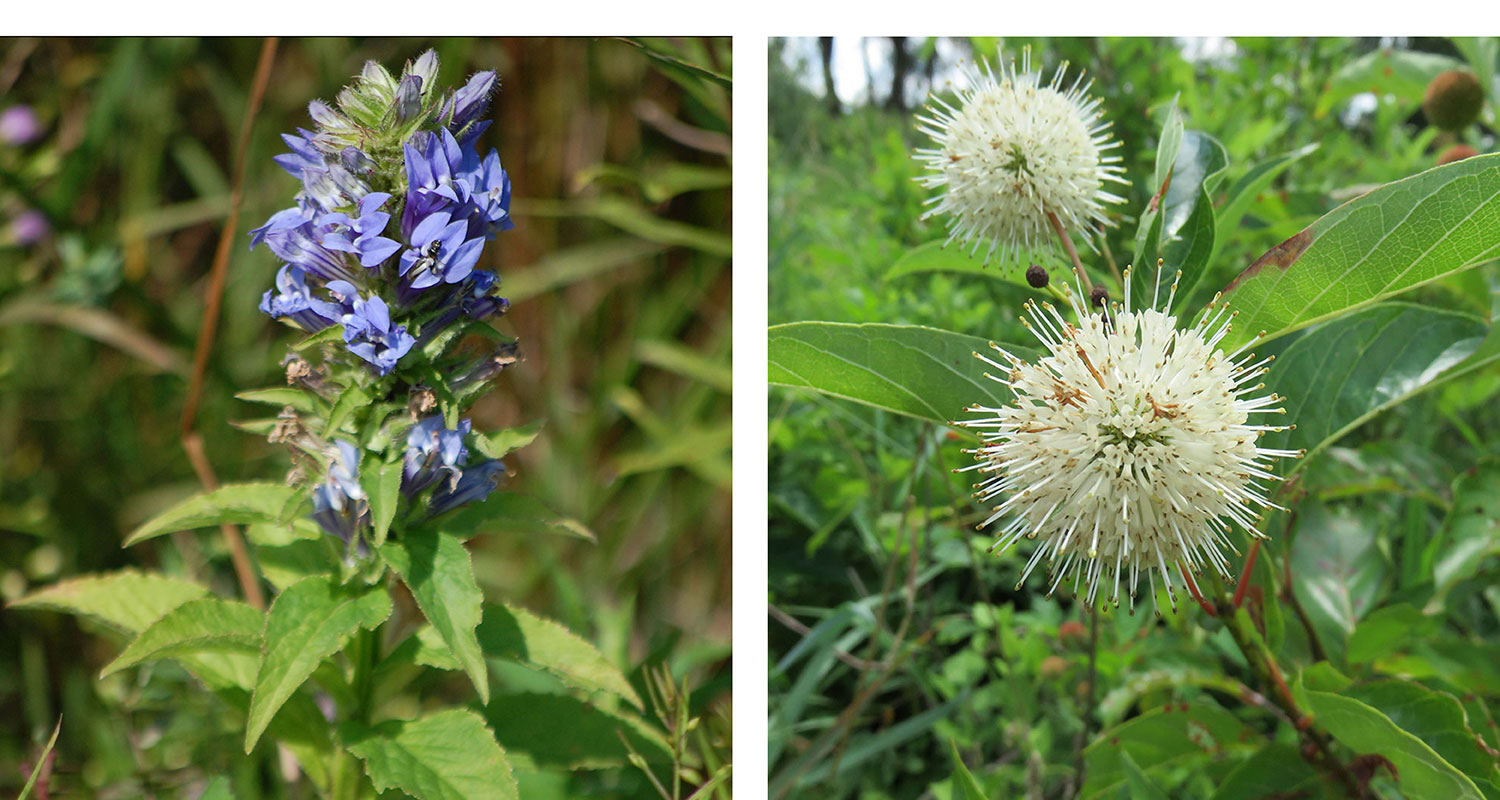 “There are two things that are really unique about this part of the county,” Catchpole said. “One, of course, is the sandy soil, and sandy soils tend to support an unusual suite of species. The other thing that is really special about this region is that we have remnant prairies, remnant wetlands and remnant savannas all in the same area. This is the only place in Will County that we have that.”

The sand featured in southern Will County came from glacial Lake Wauponsee, which was created during a massive flood that occurred around 19,000 years ago. 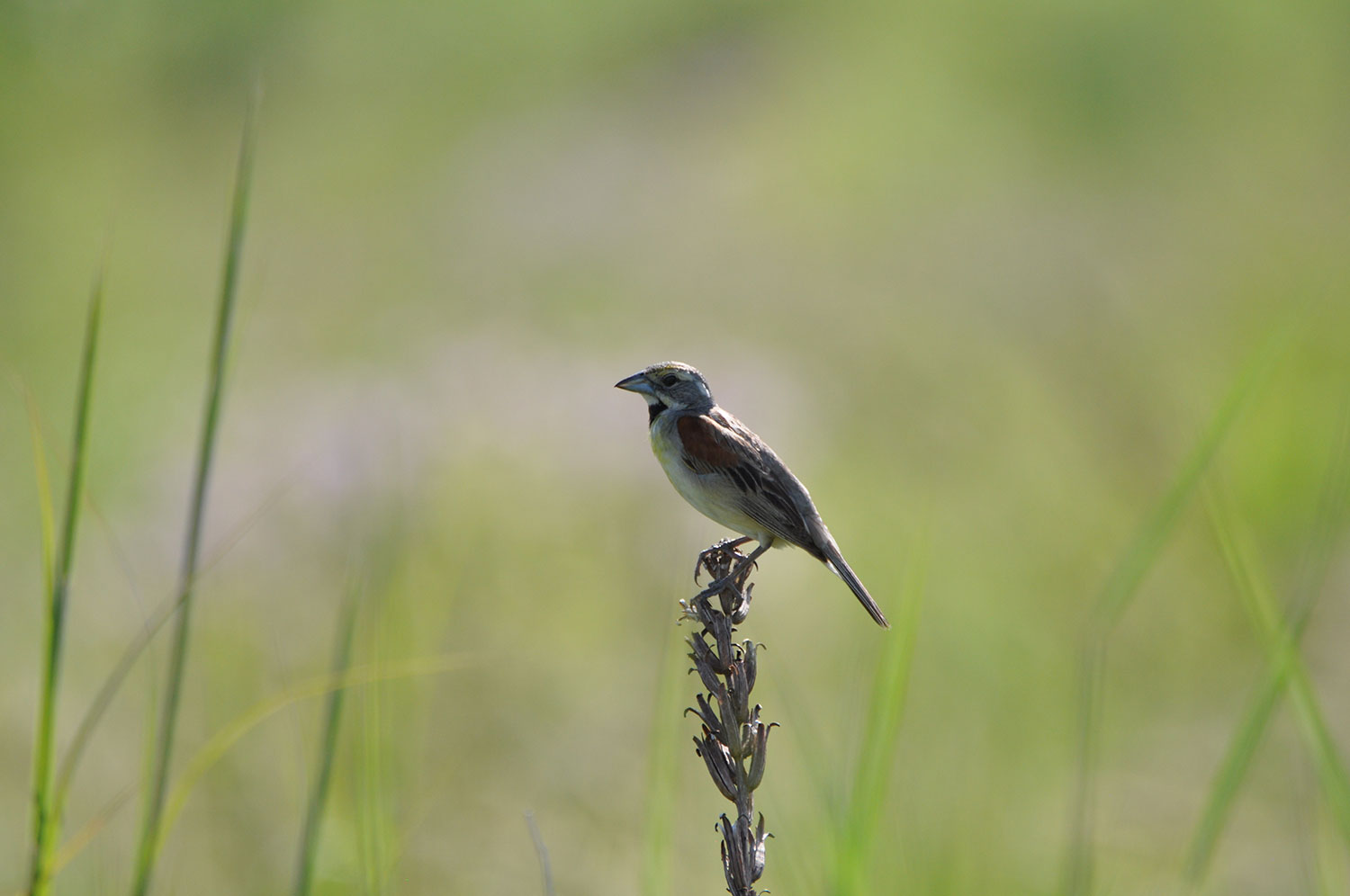 The region is one of the rarest ecosystems in North America and all of the preserves combined protect a type of landscape that has been shrinking for decades.

According to Catchpole, savannas once stretched between the Great Plains and the Eastern deciduous forest in a great ribbon that was hundreds of miles wide in places. But the savannas have declined partly due to the creation of pastures for animals and the practice of allowing parcels to fill with trees. Nonnative cool season grasses were planted after the Dust Bowl to “improve” pastures and hay meadows; natural fires were suppressed for more than 60 years; and invasive species took root.

That is why the Forest Preserve District and the state are striving to save this stunningly beautiful landscape with an intensive effort that started seven years ago. 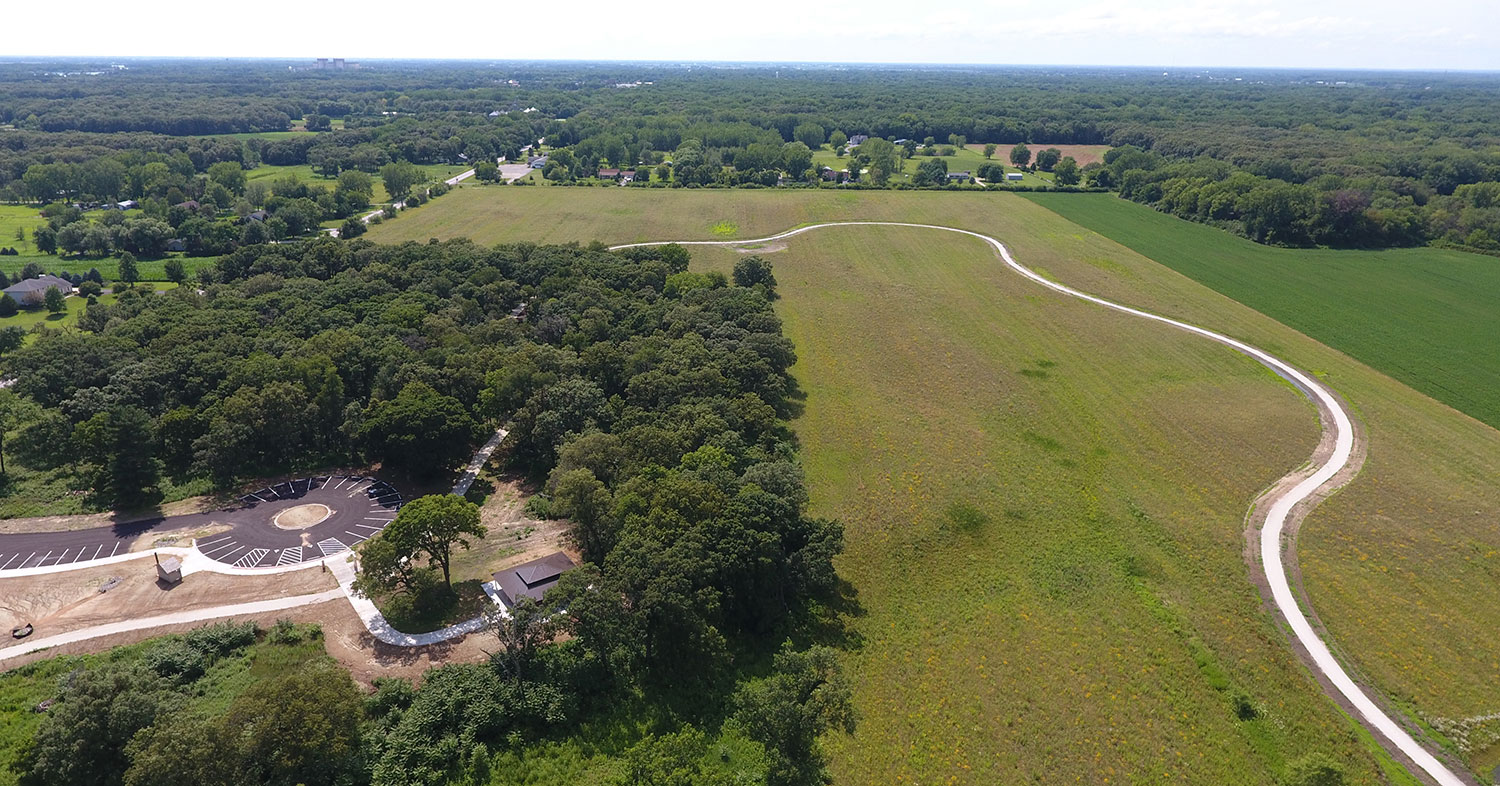 The site also shelters a group of state-endangered or threatened species made up of 18 plants, two turtles, two birds and one insect.

“What we’re doing is knitting together these remnants of nature preserves by converting the agricultural fields to their native state,” Catchpole said. “And we still have half of the acreage to go.”

Catchpole said he first viewed the area in 2001 when he was hired by the Forest Preserve. “It was in rough shape,” he said. “Sunny savannas and wet prairies were often choked with invasive trees and shrubs, and much of the land was either in agriculture, or showed clear signs of former plowing or overgrazing.”

A savanna should have less than a 50 percent tree canopy, he explained. “If you spend the day walking in a savanna, you should get a sunburn.” 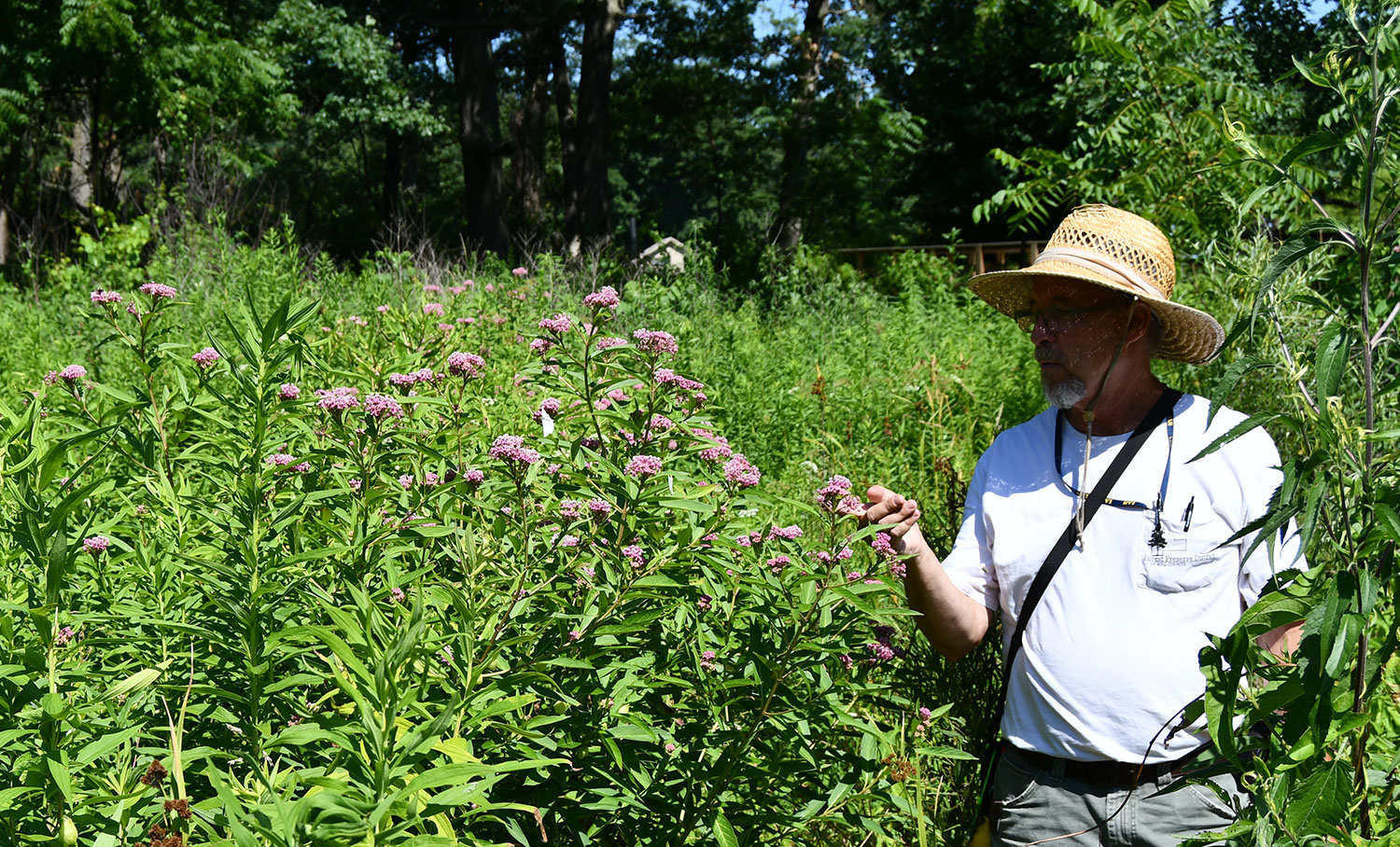 Forest Preserve restoration efforts include removing invasive species, including trees and shrubs; thinning the overabundant deer herd that overgraze the land; removing drain tiles; strategically closing ditches in a way to not cause flooding on neighboring properties; seeding; and prescribed burning.

“The landscape, up until around 1970, still consisted of a lot of marsh, prairie and sand savanna, although the savanna wasn’t open and sunny anymore,” Catchpole said. “Between the 1970s and now, the sunny savannas and woodlands became much darker and the wetlands became much shrubbier and the prairies often grew over with trees and shrubs.

“This shift matters because with today’s landscape being dominated by agriculture and development, these natural areas have become islands. If we’re going to protect the biodiversity that’s here, we need to protect the landscape that was here. So we’re working to restore the marshes and the prairies and the savannas to sunny conditions again.” 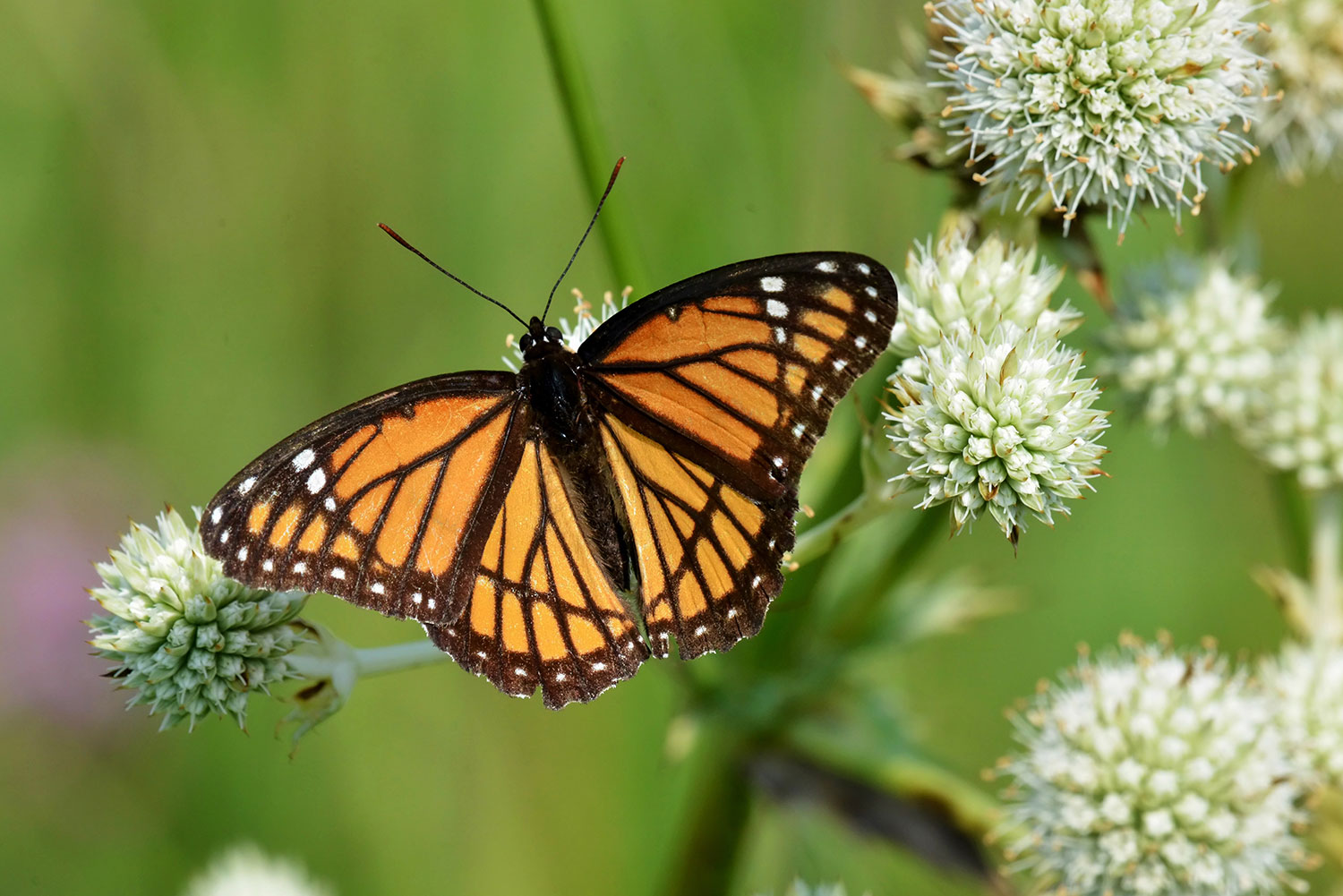 Many wildflowers have responded to the Forest Preserve’s restoration efforts.

“The once-scarce and lovely pink meadow beauty now occurs in swaths along the margins of many wetlands,” Catchpole said. “The strange, tall and stately rattlesnake master now stands like thousands of slender yuccas among the prairie grasses and lures moths in for a feast. And the beautiful orange Michigan lilies are flowering in every preserve and setting seed for the first time in decades.”

Most exciting of all, he added, is the return of grass pink orchids, which had been virtually eliminated in Will County, and the discovery of the state-threatened Eryngium stem borer moth, which feeds on rattlesnake master.

“If we can assemble and manage a large enough refuge, we will be able to preserve a diverse ecosystem full of bizarre and beautiful species for the enjoyment of the people of Will County for centuries to come,” Catchpole said.