Keep an eye out for these signs of spring

The first day of spring is a like promise — an assurance that warmer, brighter, more colorful days are ahead. Today, the delivery of that promise still seems far off, maybe not even a sure thing, but if you look for the right things in the right places you’ll see that spring is preparing to ride in on winter’s coattails.

It won’t arrive all at once in an explosion of activity. No, not spring. It’s more subtle in its approach, even in the face of such feverish anticipation. Spring creeps in little by little, and it’s doing it right now. If you look and listen closely, you can see the signs everywhere.

Until then, here are some indicators that spring will, indeed, deliver on its promise one day soon.

The Days Are Getting Longer 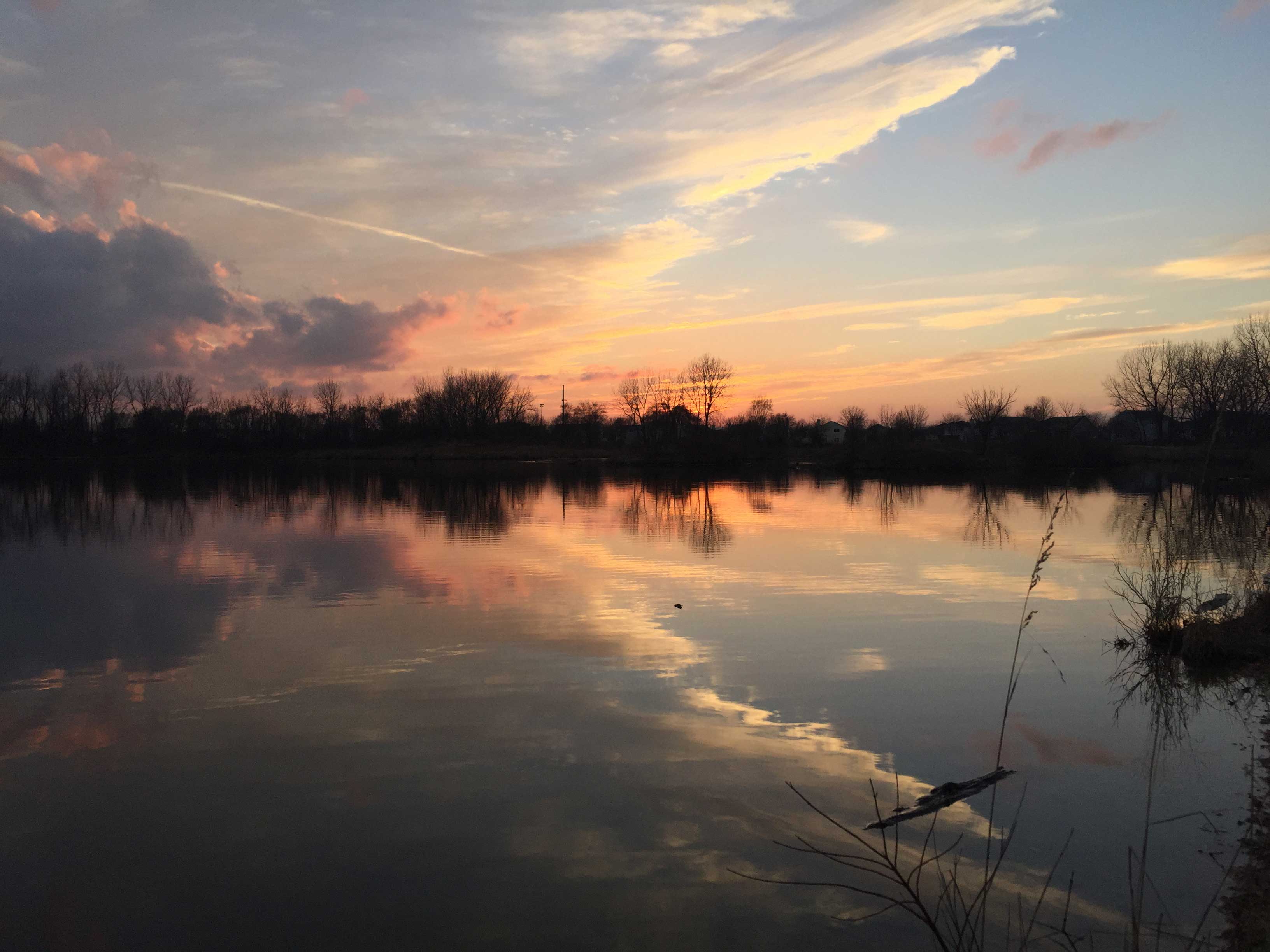 You don’t have to be too observant to notice that we’re enjoying a bit more daylight these days than we were even a few weeks ago. Maybe it is light out again when you leave work for the day, or you noticed that the sun is rising in the morning before you do. Every day, we’re getting a little bit more daylight, a sure sign winter is giving way to spring.

By the first day of spring on March 20, which is also called the vernal equinox or spring equinox, both day and night will be of almost equal lengths, according to National Geographic. We'll also benefit from later sunsets thakns to the return of Daylight Savings Time on Sunday, March 14.

The Trees Are Preparing 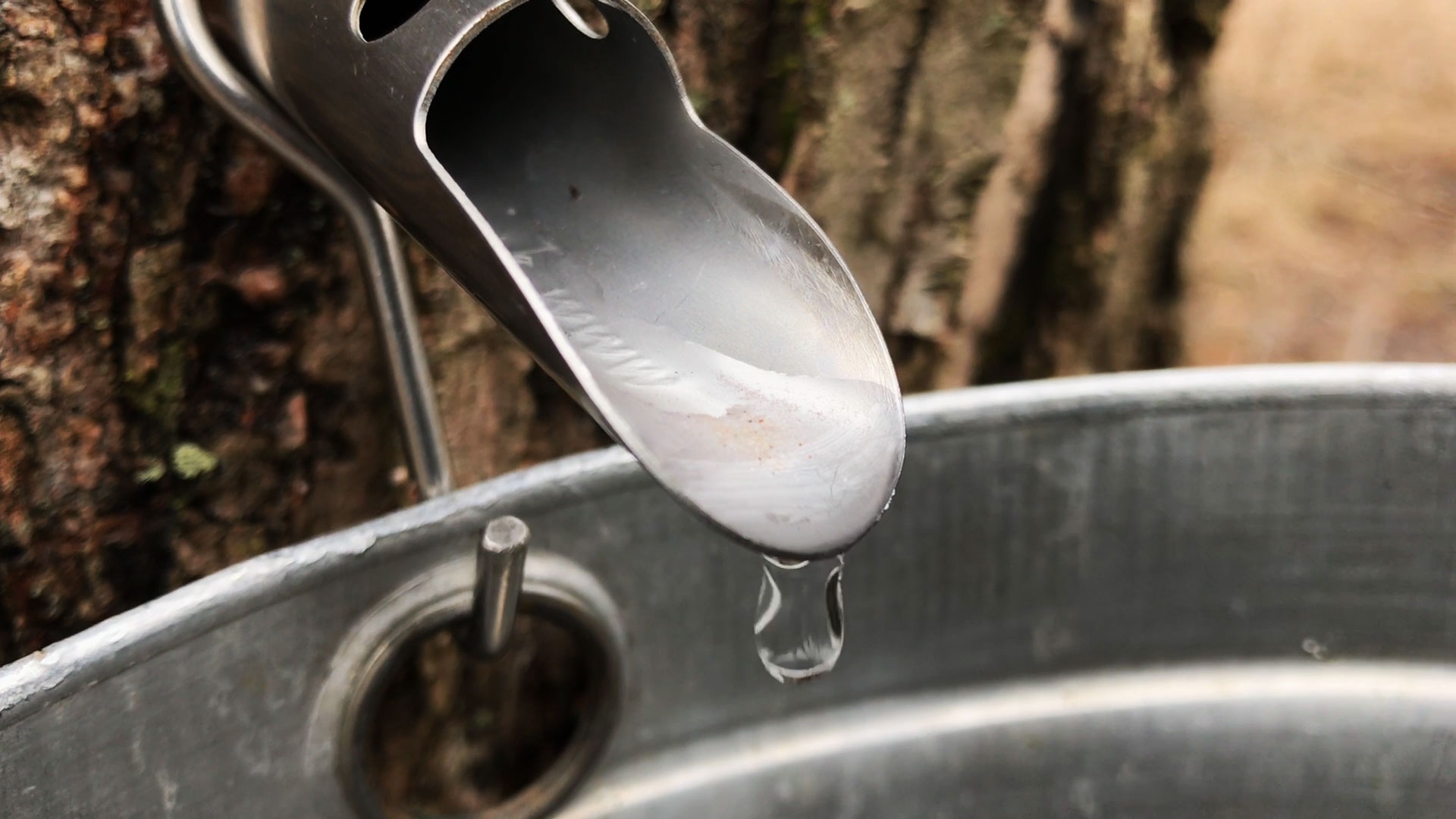 The full riot of spring color is still more than a month away, but if you look closely at the trees and shrubs around you, you may notice subtle changes. The buds you see on your trees and bushes actually formed last year, even before the leaves fell in the fall. They remained there, at the ends of the branches and stems, all winter, and now are beginning to change in anticipation of spring.

Budding leaves don’t just respond to the first unseasonably warm day of the year. Instead, certain environmental cues, including exposure to cold temperatures over a certain amount of time and amount of daylight, signal to the tree that spring is coming, according to Northern Woodlands. The process by which these buds become leaves is a slow process, unfolding over weeks and even months. That process has already started, as the days become longer and the coldest parts of winter are — hopefully — behind us.

Maple trees signal an end to winter in a second way: syrup.

“Maple syrup happens at the end of winter, as the tree is waking up from winter dormancy,” said Suzy Lyttle, an interpretive naturalist for the Forest Preserve District, adding that the syrup is moving up the tree to the branches and twigs to provide fuel for the buds to become leaves.

"If you can learn 10 species for sure, then at least you will know when something outside of those 10 shows up," he said, adding that each birding trip will help you build a larger foundation.

The Sights and Sounds of Birds 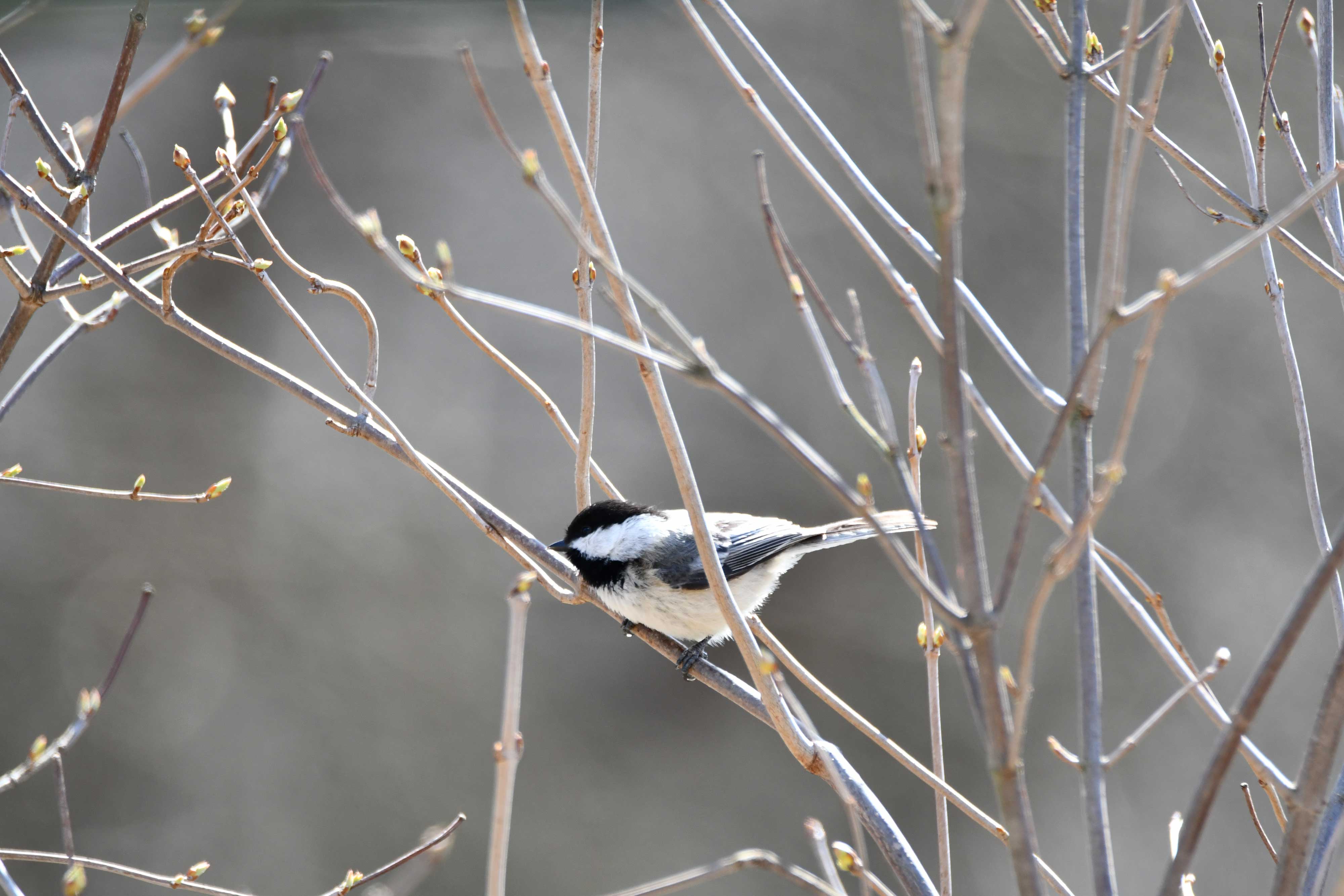 For many people, birds are the first signal that spring is around the corner. The sound of a cardinal’s song can be a sign of spring’s imminent arrival, Lyttle said. This is about the time of year when the male cardinals begin to sing to attract mates.

“The spring song sort of sounds like laser beams, but it is all about impressing the ladies,” she said.

For many people, catching a glimpse of the first robin of the year is a reason to be optimistic about spring. These birds have long been associated with spring’s arrival, and now is about the time we start seeing them.

Robins live in northern Illinois all year, but we don’t see them very often in the winter, when they spend almost all of their time roosting in trees, according to the Cornell Lab of Ornithology. Around this time, we start seeing them more, as they spend more time sitting atop the trees and even on the ground. We often start to hear the robins’ song in later winter, before they become a daily sight on our lawns, digging for worms.

Robins aren’t the only type of bird that serves as a harbinger of spring. Another bird we typically start to see again this time of the year is the red-winged blackbird.

“Birders seem to really know spring is right around the corner when they spot (red-winged blackbirds) traveling back in,” Lyttle said.

Even the disappeance of certain birds can signal winter is on its way out. Dark-eyed juncos, for example, are only here during the coldest part of the year. Juncos arrive in late fall, then retreat north to their breeding grounds in Canada as spring starts to set in. 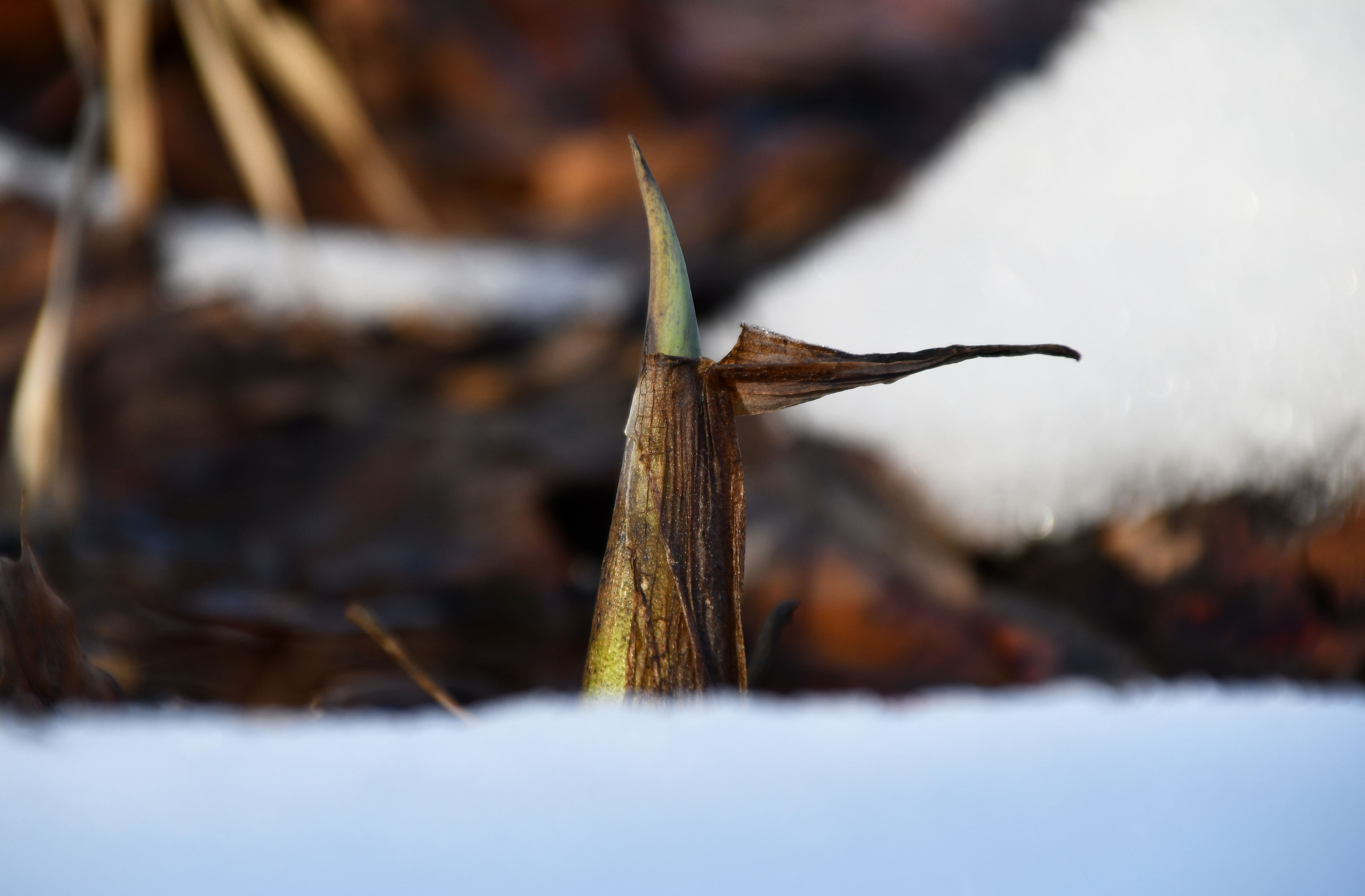 Even a snow-covered ground isn’t enough to keep some plants from blooming. In our area, one of the first to emerge is skunk cabbage and, unlike most plants, its flowers reveal themselves before the leaves, according to the National Wildlife Foundation.

Skunk cabbage is often spotted peeking up through the ground — even a snow-covered ground — at this time of year. The plant is mostly in moist areas and often fully blooms before the snow melts for the season. You can recognize skunk cabbage, also sometimes referred to as swamp cabbage, by its dark, maroon-colored floor, which looks like a hood.

Skunk cabbage isn’t the only plant to poke through the ground before winter has left for good. Crocuses and snowdrops are also known for blooming even before the snow has disappeared. Snowdrops, with their bright white flowers and narrow green leaves, are often one of the first bulbs to bloom in spring, according to the Chicago Botanic Garden. Crocuses, too, are a well-known signal of spring, one of the first shocks of color to brighten up the landscape. 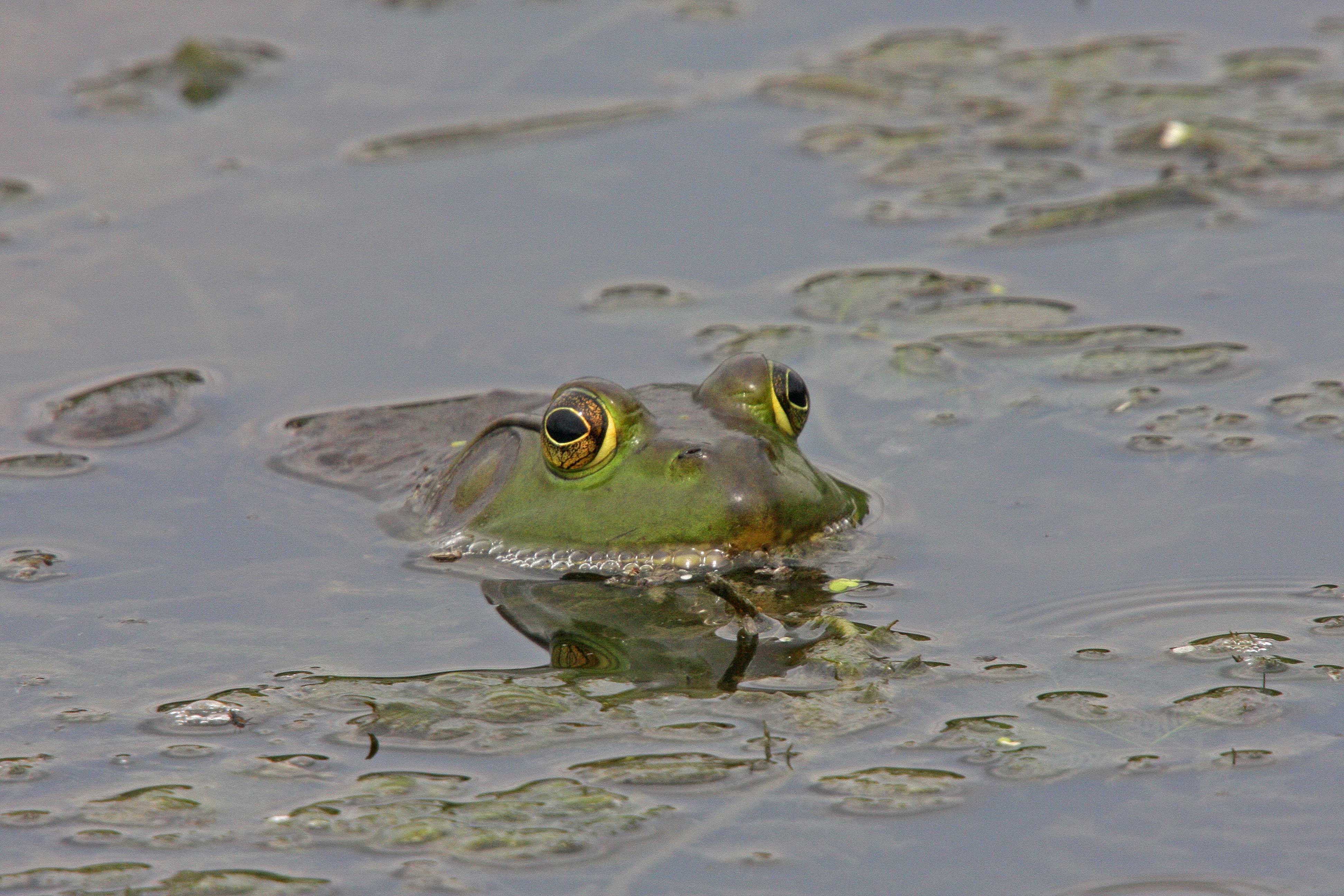 It might still be just a little early, but late winter is when mating season begins for many of the frogs that live in northern Illinois. If you live by a pond, you probably know exactly when it starts, because frog mating season tends to make for some noisy nights.

Wood frogs are the first to start mating in our area, according to the Shedd Aquarium. The still-cold air and water won’t bother them; they may even start breeding before the ice fully melts from their ponds.

In the preserves, some of the first to start making their presence known each year are spring peepers and midland chorus frogs, Lyttle said. Both make distinct sounds you may soon begin to notice.

“Spring peepers are pretty easy to recognize because they actually ‘peep,’” she said. “Chorus frogs do more of a trill like if you ran your thumb down a comb.”

(Lead image of a robin by Glenn P. Knoblock)