How do you make an ornate box turtle happy? Correct the flow of water to its wetland home to keep the soil moist all summer long.

That’s what is taking place as the Forest Preserve District fills in an agricultural ditch that drains water away from Kankakee Sands Preserve in Custer Township.

The project will help return Kankakee Sands Preserve, an area located between the Mazon and Kankakee rivers in southern Will County, to what it was nearly a century ago when it was a wild region filled with biodiversity.

Eventually, some of this property was harnessed for agricultural production and drainage ditches were carved into the land. Now the Forest Preserve District is taking action to correct some of the drainage flow issues at the site and return the land to its native state – a mixture of wetlands, prairie and savannas.

The Board of Commissioners approved a contract with an excavation company in November 2016, and work to fill in an agricultural drainage ditch will conclude by the end of 2017.

The drainage correction will enhance and expand a wetland area that already exists at Kankakee Sands, a 555-acre preserve located north of Route 113 and west of West River Road in Custer Township. High quality species live there now, but the site is drained by a ditch that runs east from the wetlands and then north under River Road to the Kankakee River.

“It’s wet in the spring, but ditches drain it more quickly, so by summer it’s drier than it should be,” said Julianne Mason, the District’s restoration program coordinator.

While the main ditch leading from the wetland area will be filled in, a downstream portion of the ditch won’t be filled, to allow the adjacent homeowners’ parcels to continue to drain.

Once the work is completed, the preserve will be more inviting to species that require the unique mixture of wetlands and sandy soil, including the state-threatened ornate box turtle. 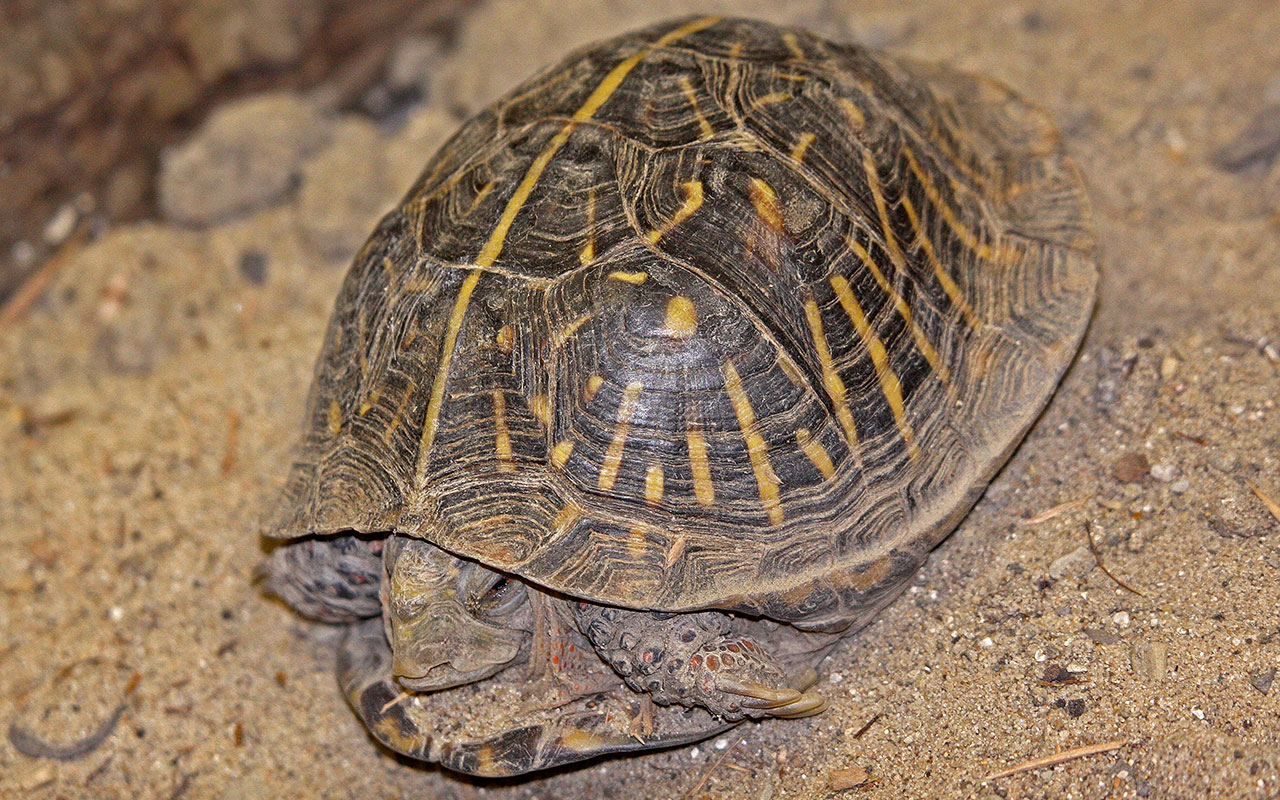 Ornate box turtles call a portion of Kankakee Sands Preserve home, but their habitat could use some work. The Forest Preserve District has launched a water drainage repair project at the preserve that will keep the turtles’ home moist during the summer months.

“By keeping it wetter for a longer period of time, it’s better for the native plants and creatures,” Mason said. “For instance, this area has a good population of ornate box turtles, but they need those wetlands to make it through the summer so they can stay cool and happy.”

The Forest Preserve acquired Kankakee Sands from 1999 to 2012. Restoration efforts at the preserve began in earnest in the winter of 2013-2014 when the District began using seeds donated by The Nature Conservancy (TNC). Each winter, a small tractor disperses the seeds on top of the preserve’s snow cover so they are safe from hungry birds, but ready to sprout in the spring. The seeding will take place for the fourth year this January or February.

The seeds will grow into species that can survive and thrive in the site’s sandy soil, which is left over from glacial Lake Wauponsee. Kankakee Sands Preserve is part of a larger Kankakee Sands Region, which stretches from Will County into Indiana. 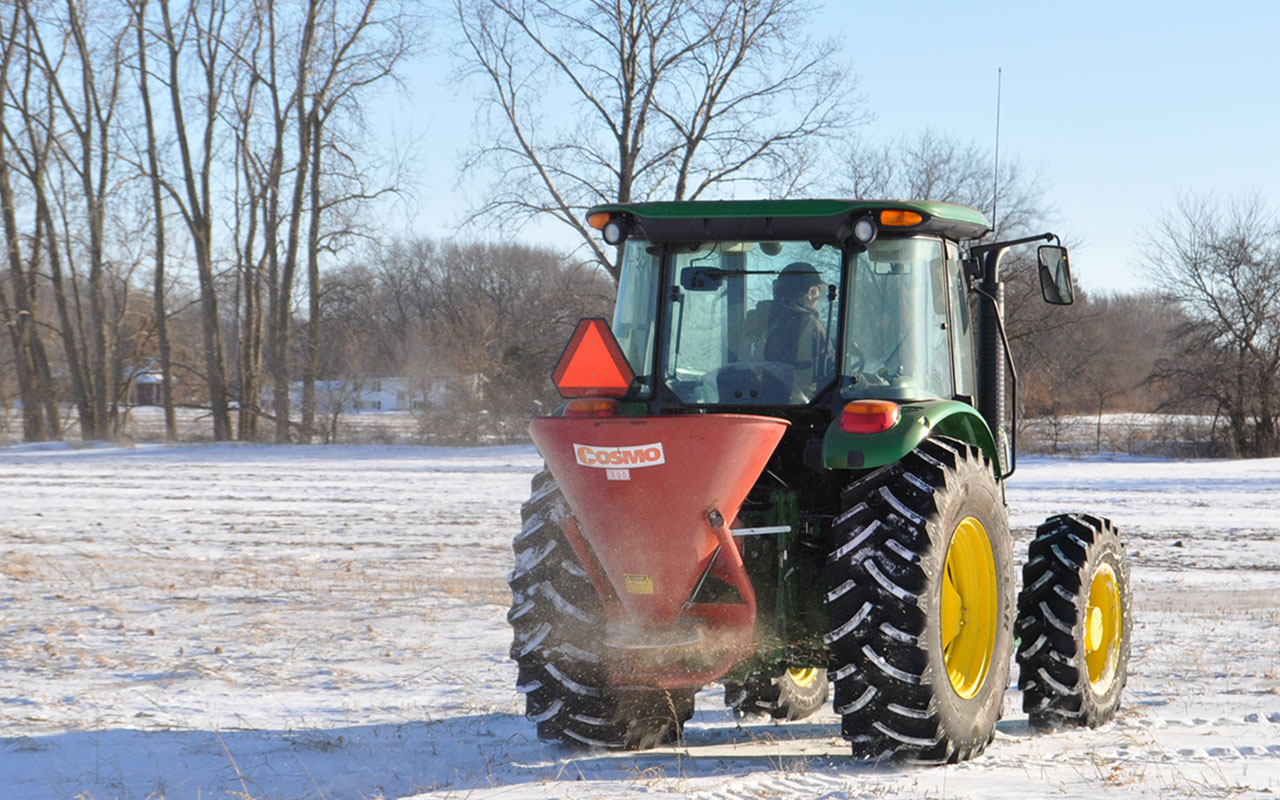 Each winter since 2013-2014, the Forest Preserve District hires a farmer to use a small tractor to spread seeds on the snow cover at Kankakee Sands Preserve.

The seeds come from native plants that will grow in the type of sandy soil found in the Kankakee Sands Region, which includes other southern Will County preserves.

After the water flow is corrected, more restoration work will be conducted using seeds from TNC. But this time, the Illinois Department of Natural Resources (IDNR) will join the effort and seeds also will be sown at Wilmington Shrub Prairie/Vesely Prairie, a state park located directly north of Kankakee Sands Preserve.

Seeds donated by TNC come from a nursery the organization started for its own Kankakee Sands restoration project in Indiana in the late 1990s. Without TNC’s help, the seeds would have been too expensive.

In addition to sowing seed for native prairie plants, the Forest Preserve and IDNR will work together to remove invasive trees and perform prescribed burns that will reduce invasive plant species and enrich the soil. 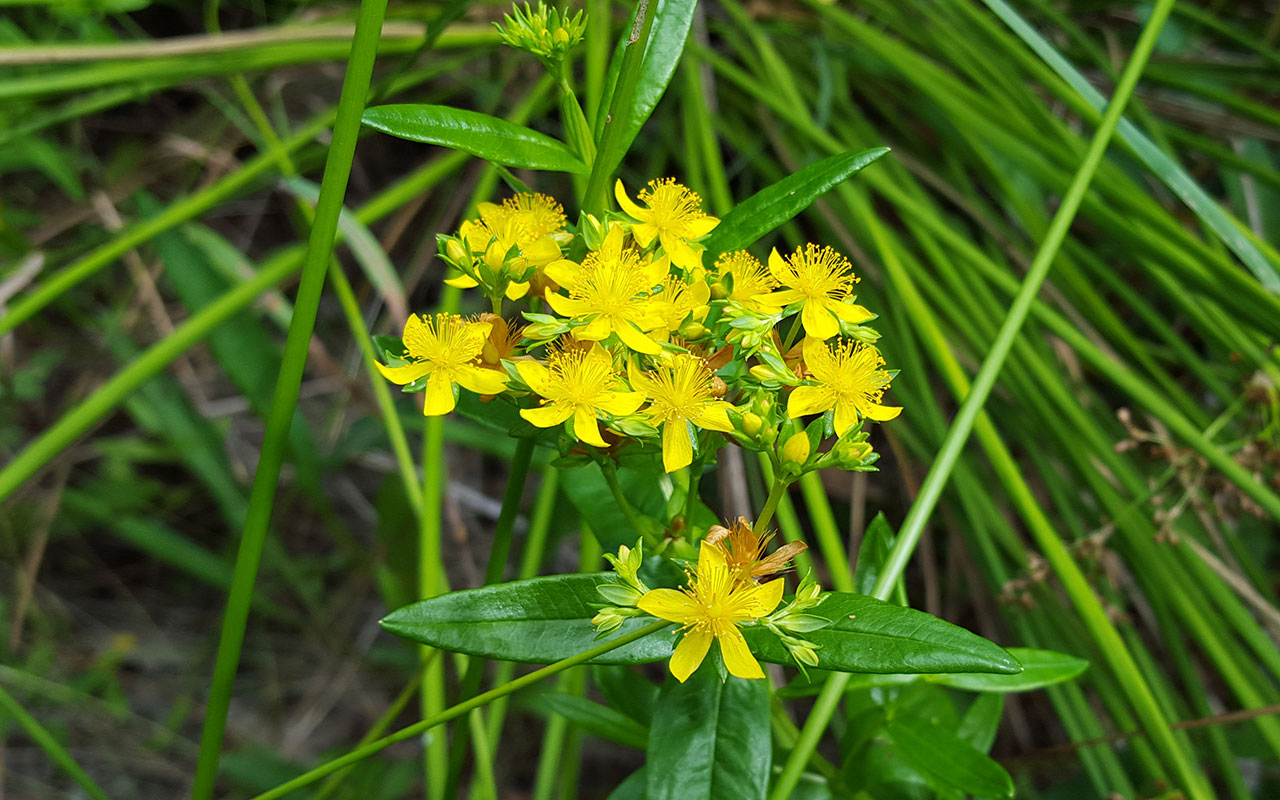 Shore St. John’s Wort, which has been discovered in only three Illinois counties, features a yellow flower with five petals and 13 or more stamens. The state-endangered species is one of several rare plants found in the Kankakee Sands Region.

Indian paintbrush is one of the plants grown from seed donated by The Nature Conservancy for the Forest Preserve District’s Kankakee Sands restoration project. 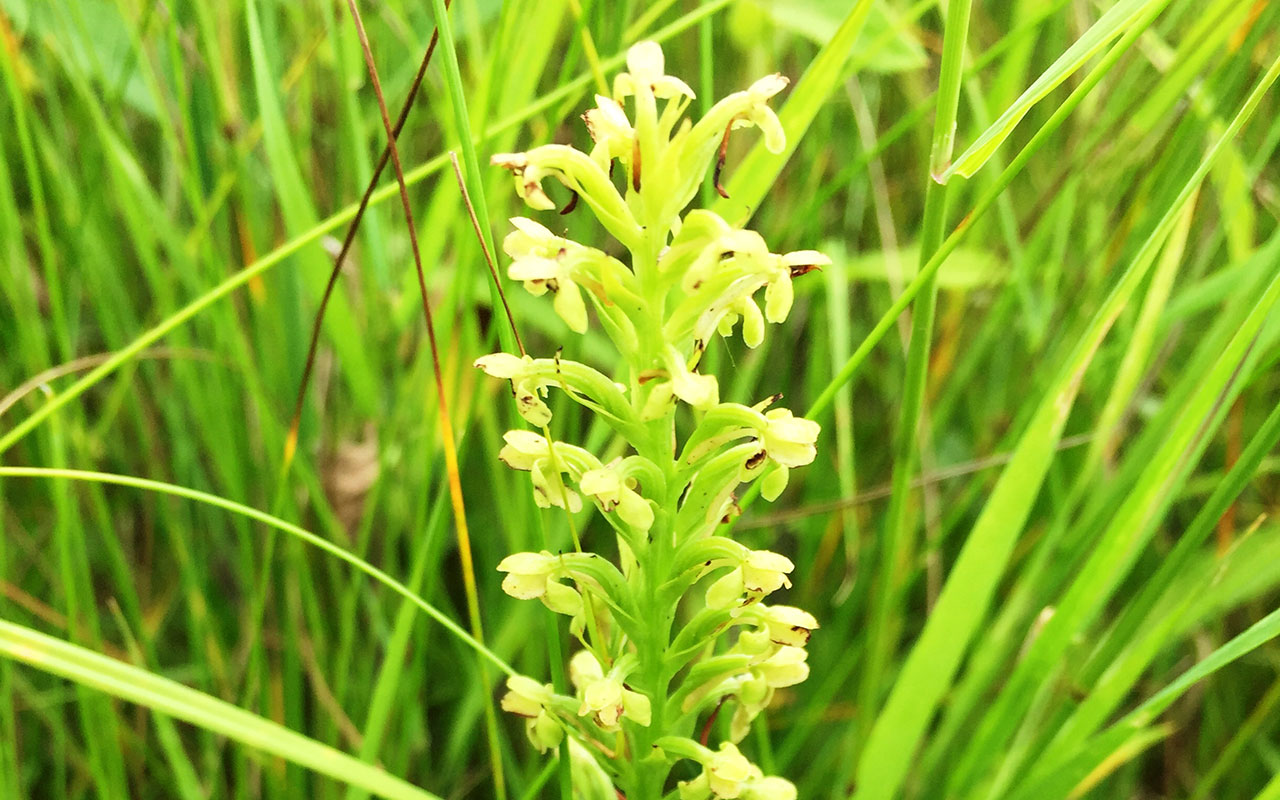 The state-threatened tubercled orchid is only 1-2.25 inches tall, but it has a spike of whitish- or yellowish-green flowers that can grow up to 10 inches tall. This plant also is found in the Kankakee Sands Region.

The Kankakee Sands project is just one of the many ways the District works to preserve and enhance Will County’s natural areas. Ultimately, over the next decade or so, the collaboration with IDNR and TNC will restore around 1,500 acres in the Kankakee Sands Region, which also includes the District’s Braidwood Dunes and Savanna and Sand Ridge Savanna nature preserves.